War of Sigmar
created : 11 months ago 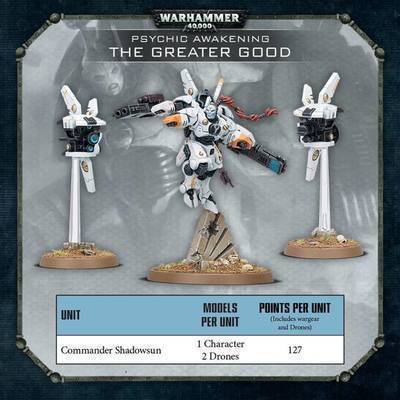 here we are, again, doing a review on a Psychic Awakening chapter. This tiresome series of books that has been running for far too long. But at last, we are close to the end! This chapter focuses on Tau, Imperial Guards and Genestealer Cult, but mainly on tau as the blue aliens occupy half of the book ^^

The book itself is of very good quality (as usual) with a hard and beautiful cover depicting Commander Shadowsun in her new suit. Yea lovely image I hope they make a wallpaper out of it. 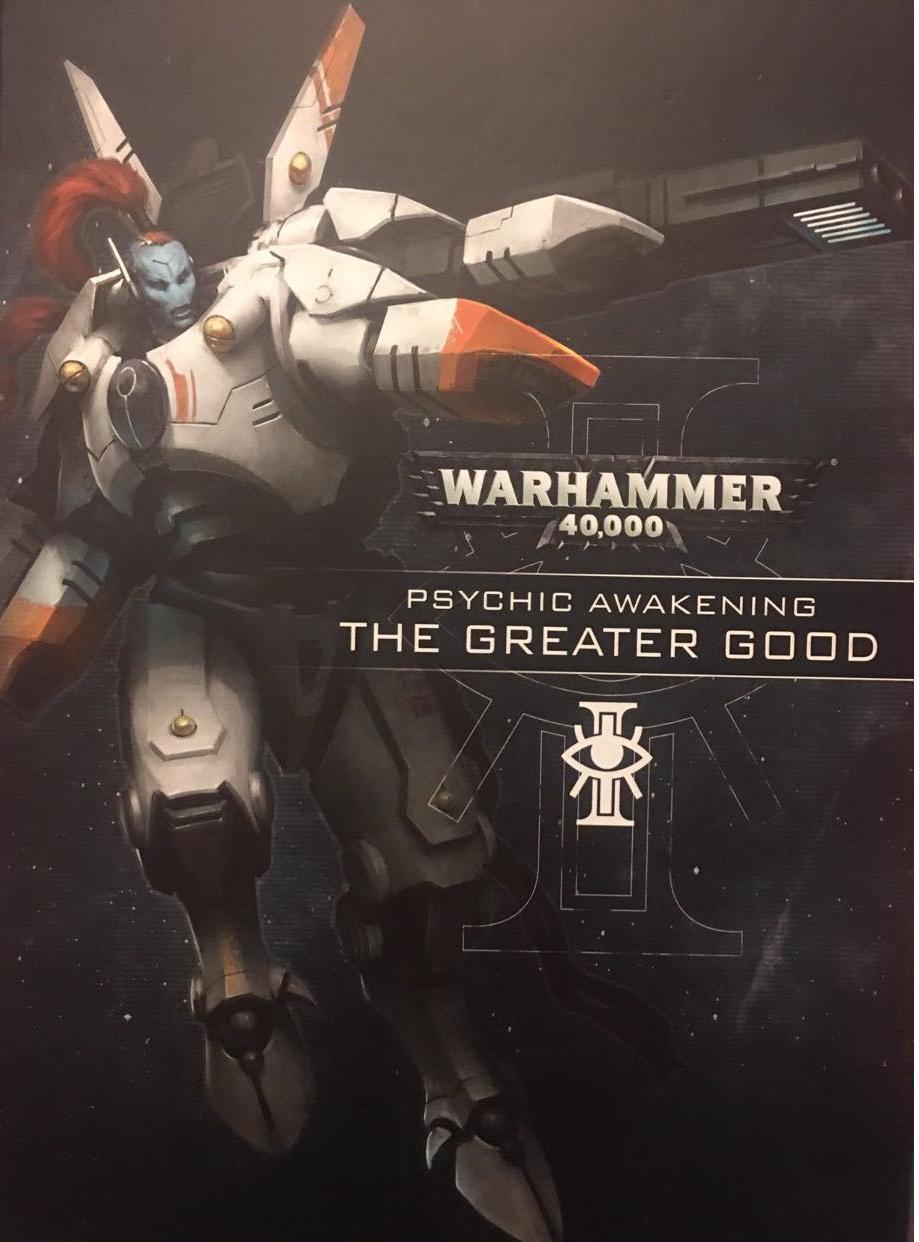 Fluff about the Tau is the good part of the Greater Good Chapter. It explains (briefly) the launch of the Fifth Sphere Expansion, how they miraculously connect with the survivor of the Fourth Sphere of expansion. Only one-quarter of the fourth survived the dive into the Warp, with survivor incapable of explaining how they escaped it. No human auxiliaries were found alive and all Tau that survived really hate humans now and commit war crime on them regularly. Some stuff must have happened in the warp but GW didn't expand on it ...
Also in the Nem'yar atoll, an immense Death Guard armada engaged the Tau Fifth sphere. The situation was so bad that Shadowsun decided to send a call to arms to the Tau Empire in case they were destroyed. But suddenly the Death Guard fleet ran away....(yea they learnt they were not in this book so...)
All the action happen in the Chalnath Expanse, a new random place in the Ultima Segmentum. Nothing really interesting about this war apart from the Cult forced to act because they see Tau as direct competition. Authors insist on the Fourth Veteran massacring human. Shadowsun is leading the war with great success but has some trouble with Emperor Faith accomplishing miracle through Priest and turning human Auxiliaries against them!
Not much to say about the fluff and as usual, my favourite part is the Echoes of Awakening, look at the next two images and see what you can make of it! 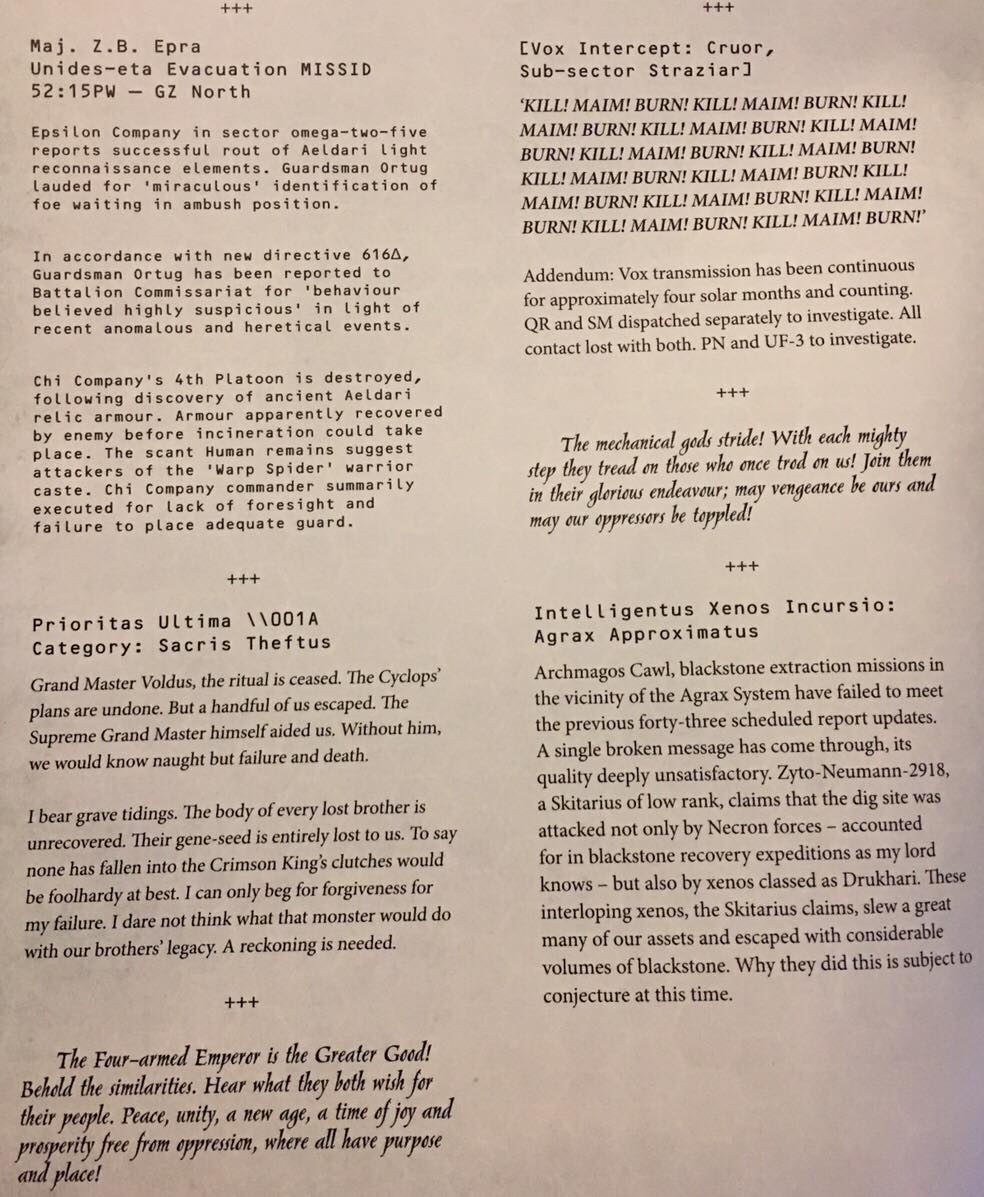 The greater good brings new tools and options to the Tau as : 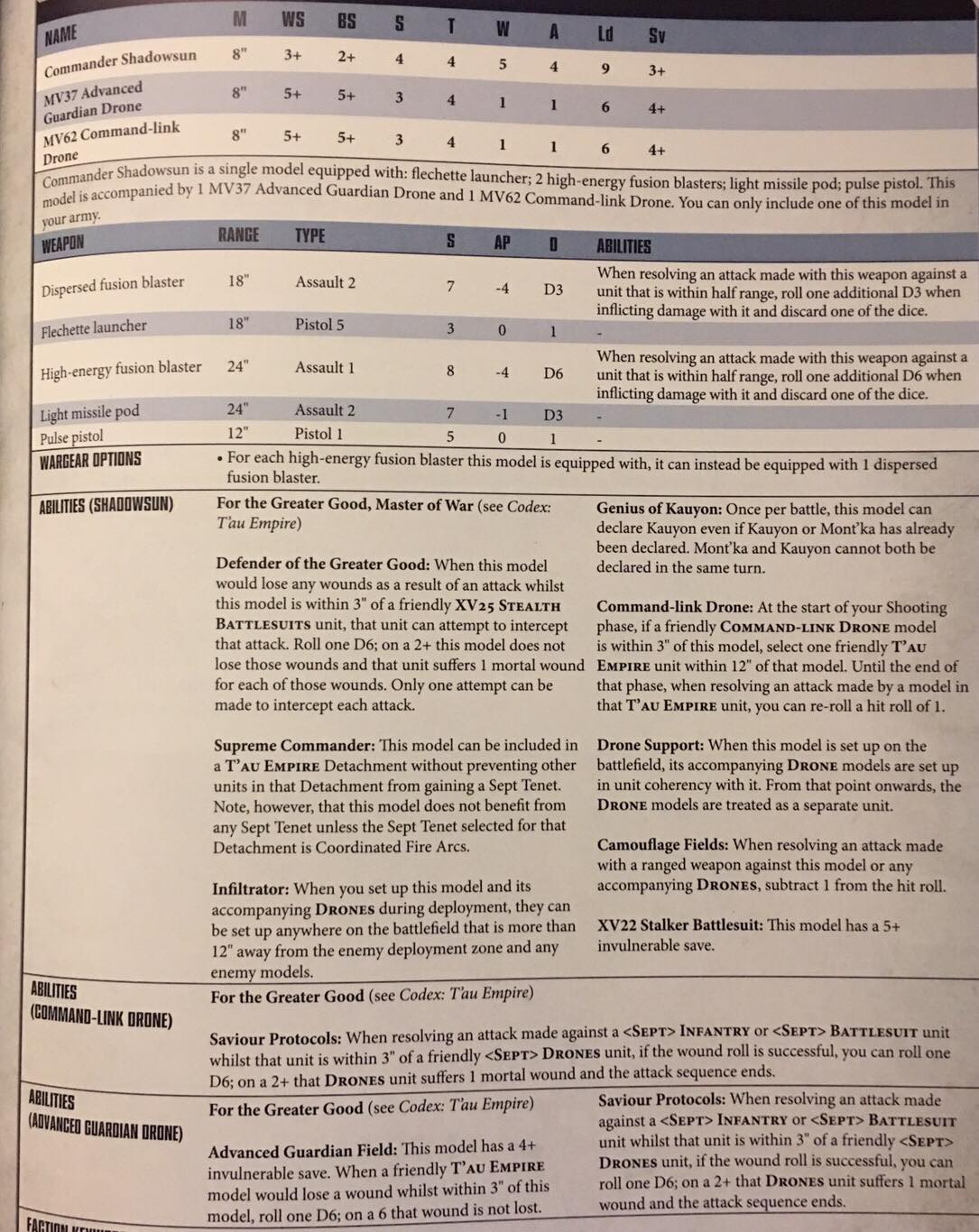 is it I or this Datasheet is super crowded? Shadowsun gets a lot more dakka with 3 extra weapons. Still, it's sad that High energy and Dispersed fusion are not the same weapons with 2 shooting profile :/ Also shield drone get a 4++ instead of a 3+

In line with the different codex that got the option, you can now build a customized Sept by choosing 2 powers from the list below. There are 10 options. Some bad, some good, one auto-include like Stabilisation Systems, Battlesuit withs this options ignore the -1 to shoot with Heavy weapons after moving. 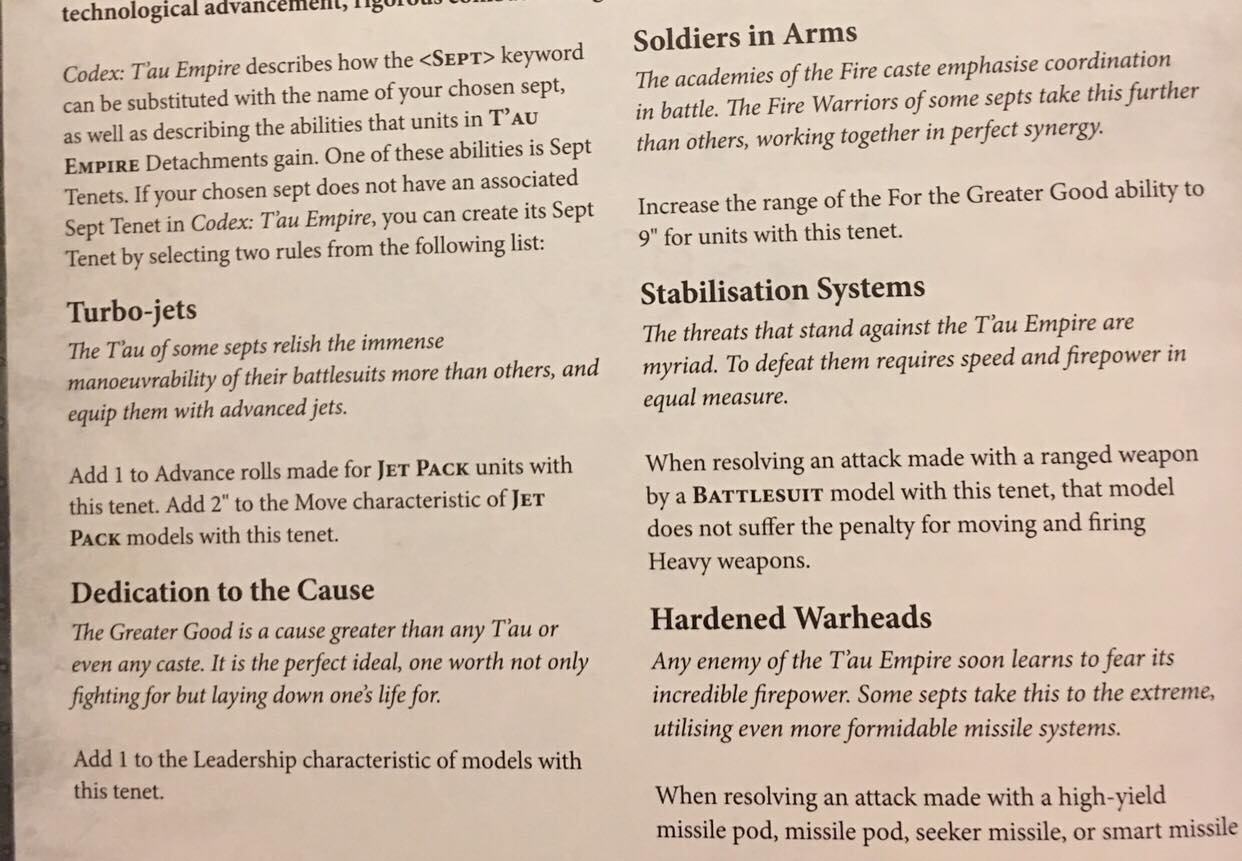 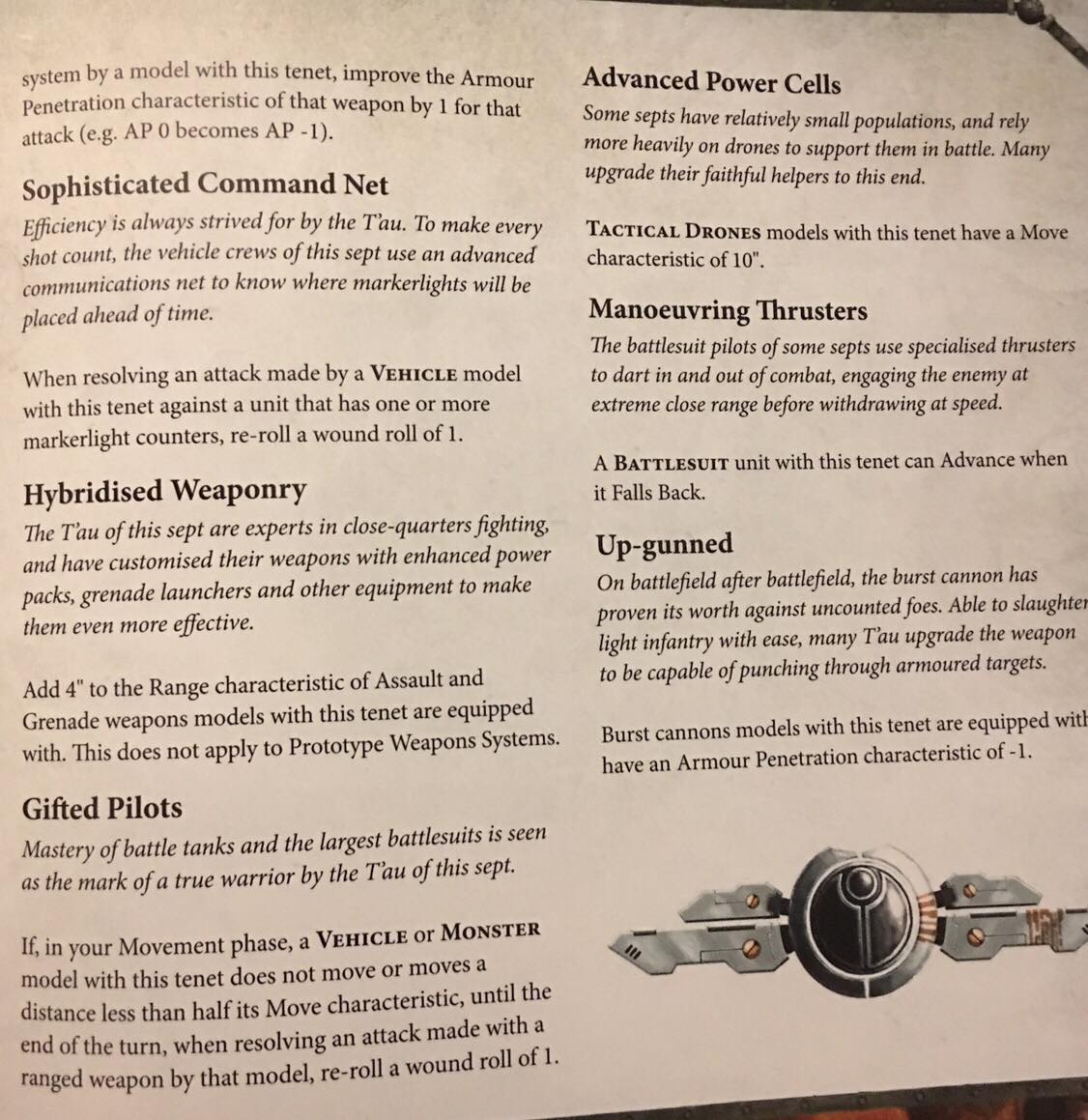 Instead of giving a Signature weapon to a character you can give a Prototype Weapons Systems a unit. For example : 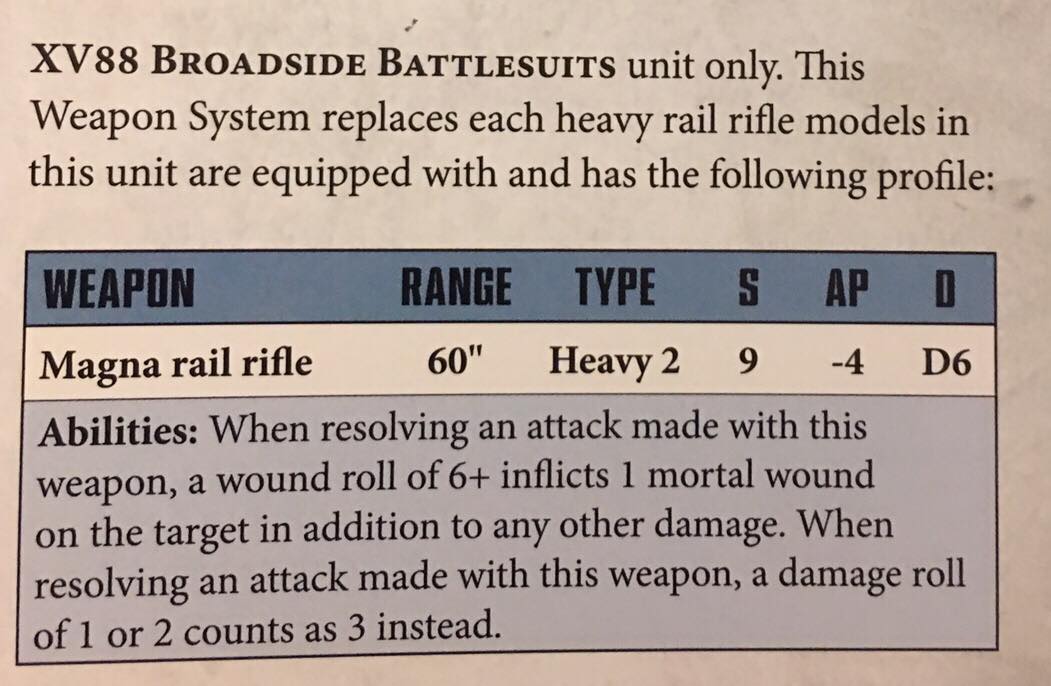 Off course the combination of the Tenet previously mentioned and this weapon is interesting, to say the least. But I also like this Riptide Ion Accelerator ^^ 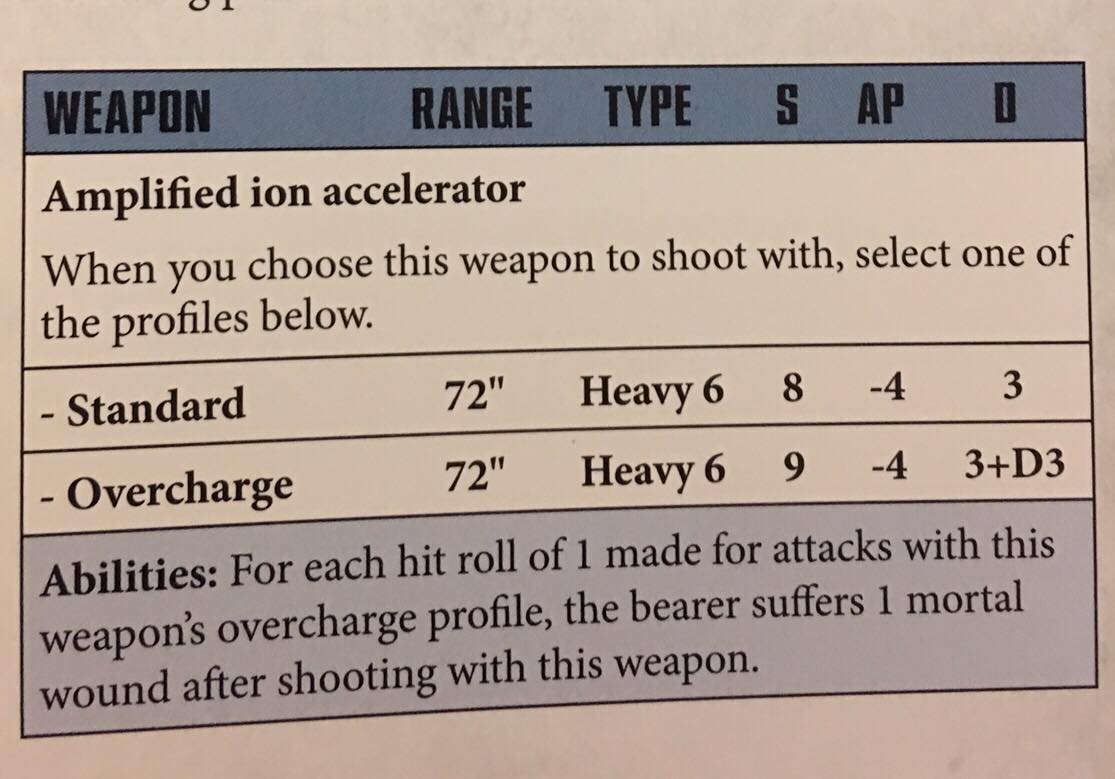 A lot of fun stuff, as you can equip whole units, with a prototype weapon.

Modulated Weaponry was already leaked buy GW and it's quite possibly the most powerful stratagem in the book. But maybe Coordinated Engagement could help Crisis being played again ^^ 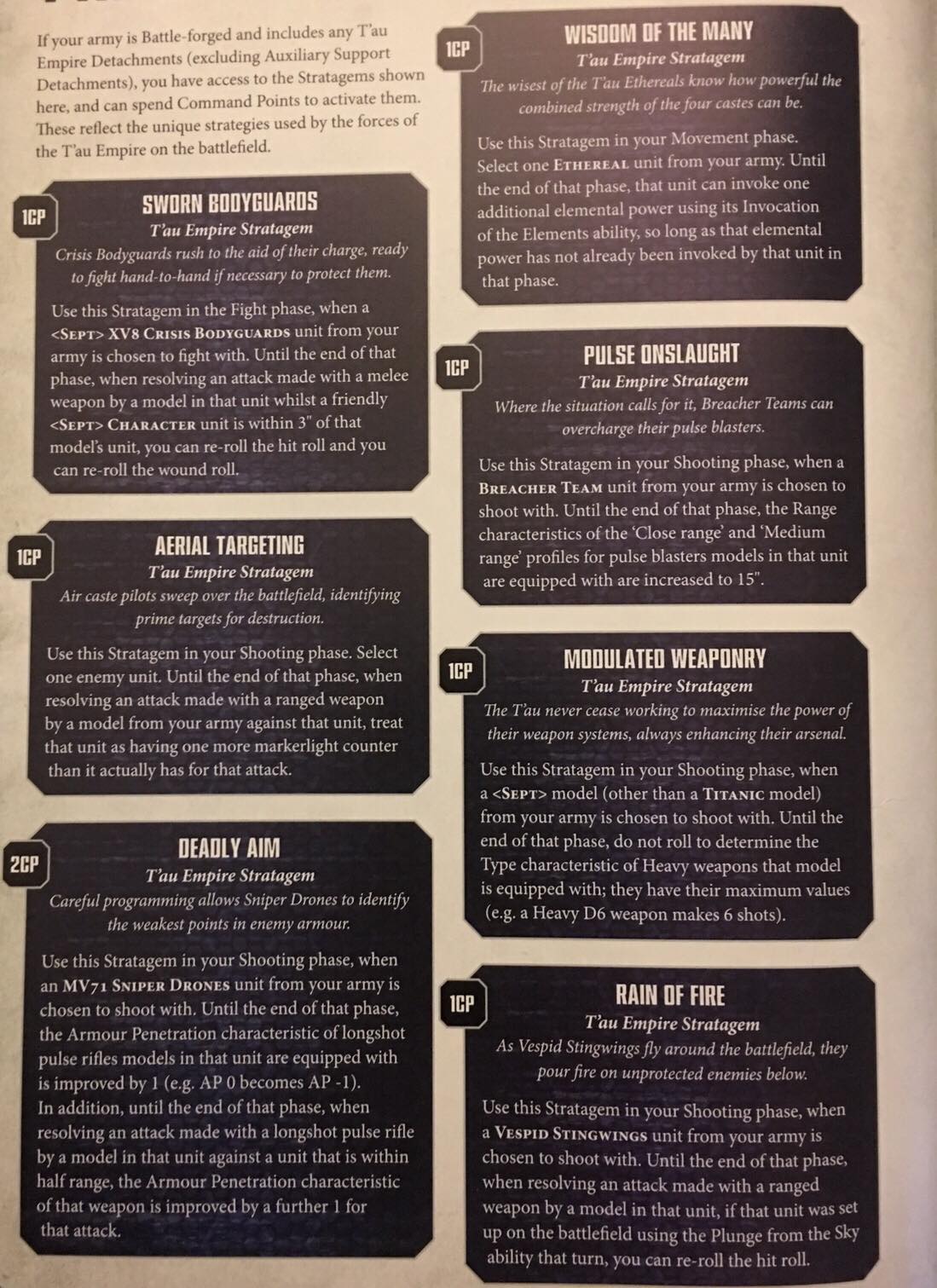 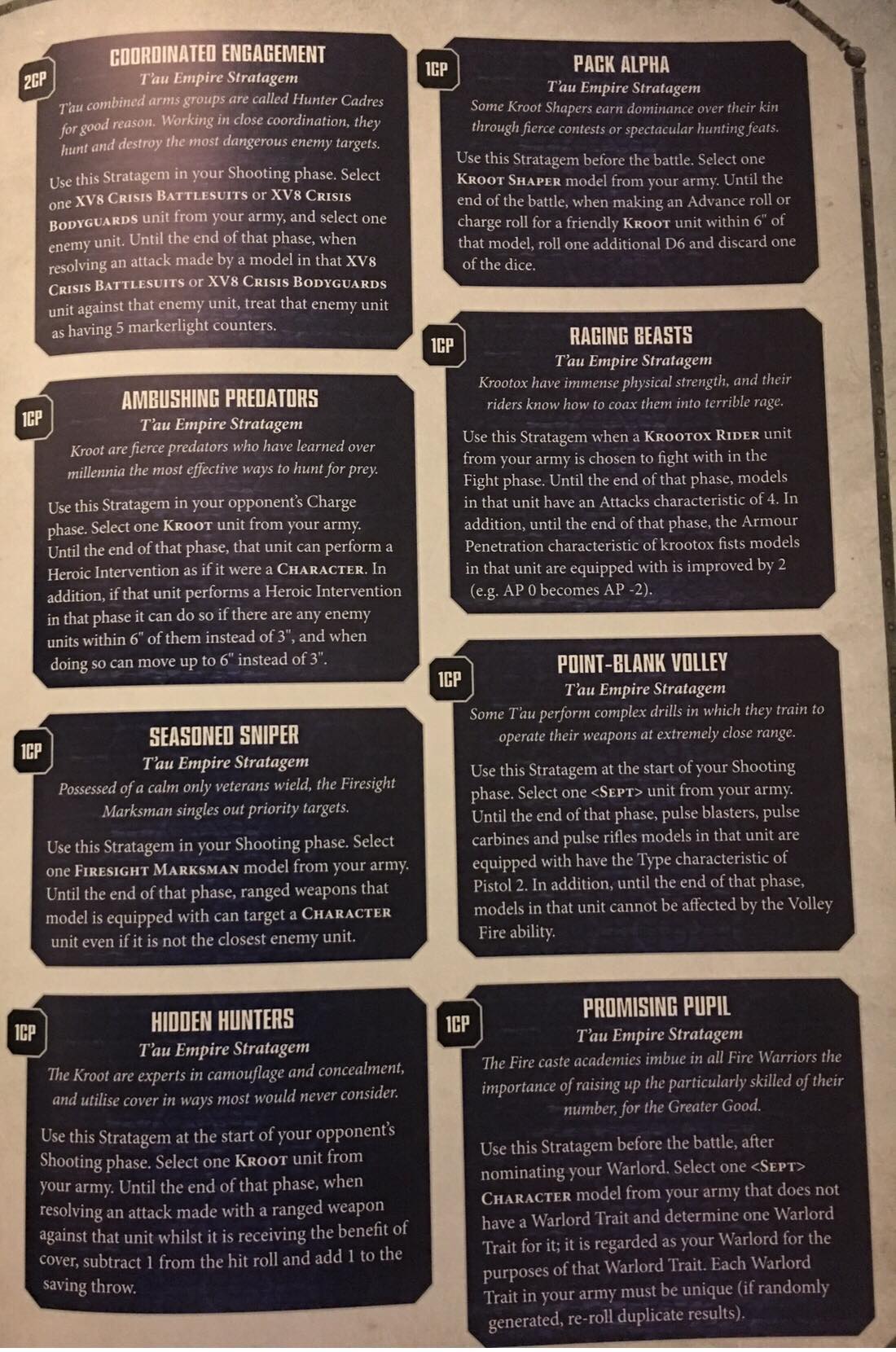 The biggest Datasheet in the world !!!! still at 1120 points, to be honest, I have no idea of what changed with the CA version.
Used with a super auxiliary detachment that gives -3cp and using 8th prevent you from giving any Signature System.
Bad presentation and massive datasheet really make it hard to read it unless you have very good knowledge of the Tau Empire Codex ^^

Improvement : Kayvon is reroll hit roll instead of failled roll (good for fishing 6).

first : All unit in the army gains Aggressive footing buy can't use more than 2 commanders per Detachment. 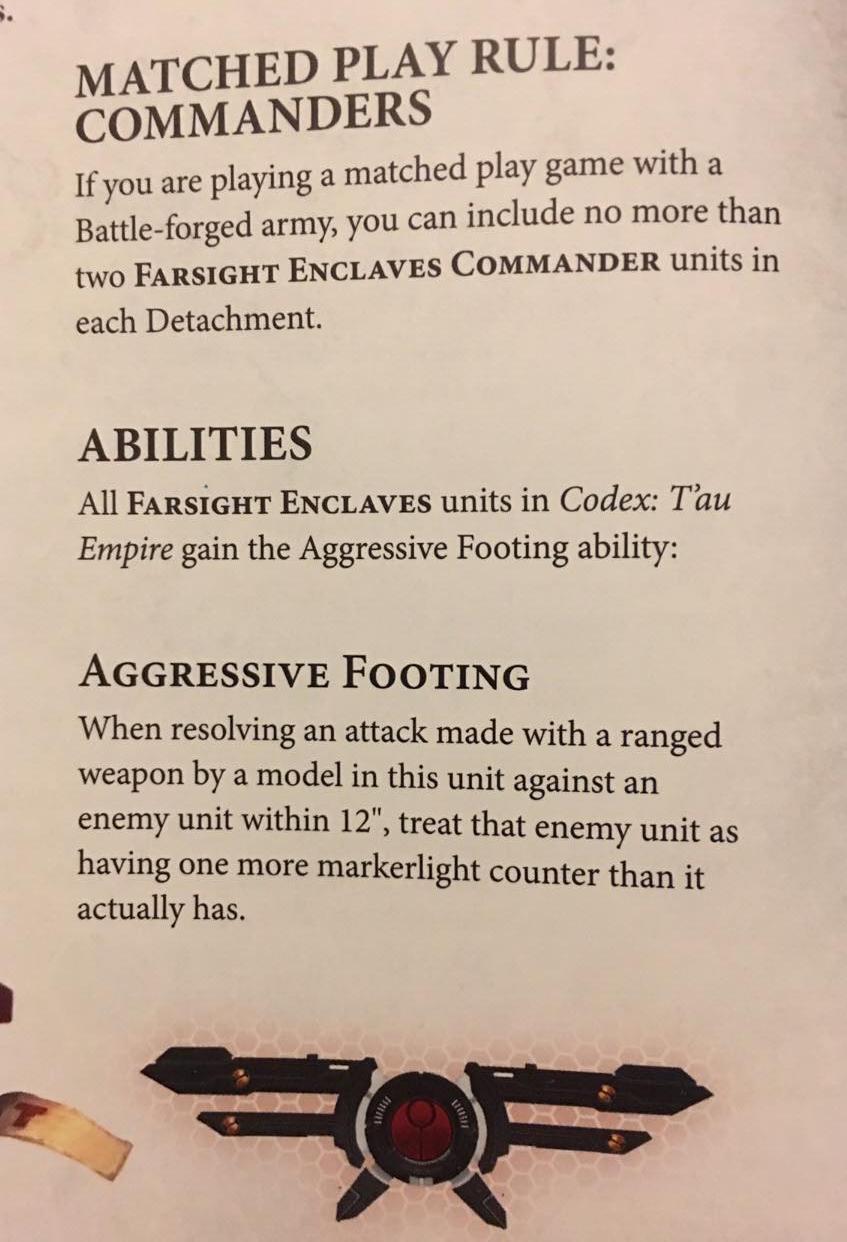 Second : 6 extra Stratagems in case you didn't have enough ^^
These 2 seems very good :

Another book that doesn't change anything...The story or setting didn't change, the additions to Empire Tau codex are fine I guess but that's it...
At least we did get a new Shadowsun model!

Review of the Genestealer Cult rules

You can pre order all this already :