War of Sigmar
created : over 1 year ago 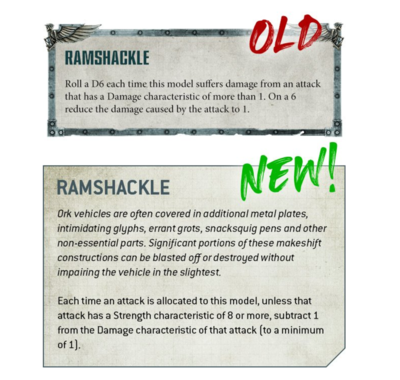 Ramshackle rule have changed ...Before it was a weird FNP on 6 now it became a -1 dmg against autocanon and plasma gun or anything that have S<8 and damage 2+.

Maybe it's not that bad considering the amount of weapons going to damage 2 to counter SM w2 ...

Gorkanauts and Morkanauts have now 24 wounds and flat 6 dmg on melee weapons...Sadly they now count as LOW (hooooo) 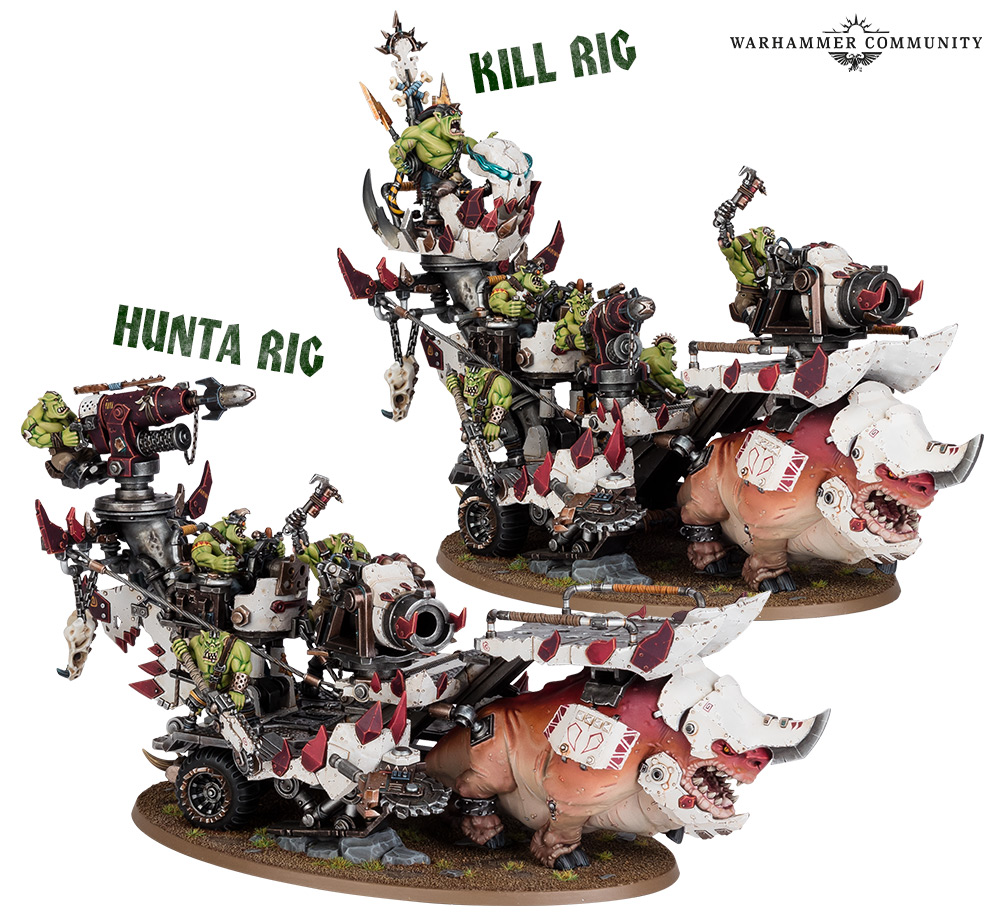