Halfling Team are The worst team in Blood Bowl but everyone try to play them at some point !!

For years the Halfling roster was only Halfling linemen and 2 treemans. But to celebrate the new plastics models release, Forge World added 2x2 new positional players to the team and i want to write a bit about that !

Of course they are still Halfling with sucky stats for the price, but Both of them are good addition to the team ! And will open a lot more play options !!

+1 Armor, +fend, -right stuff, +20 000. Ok for the price this is really bad, but you chose the Halfling so better getting the most of it. Fend is good against frenzy as it negate the follow up attack, it prevent the dodge by blitz (where you blitz one target, follow the block to get out of a tackle zone. So you can use the Hefty to block lane, so yea it's a poor man stand firm but with the extra use against frenzy. You can also use to protect your Big Guys, if you have a fend player next to a Treeman the opposing player need 2 players to first block the fend Halfling and then bring an assist. 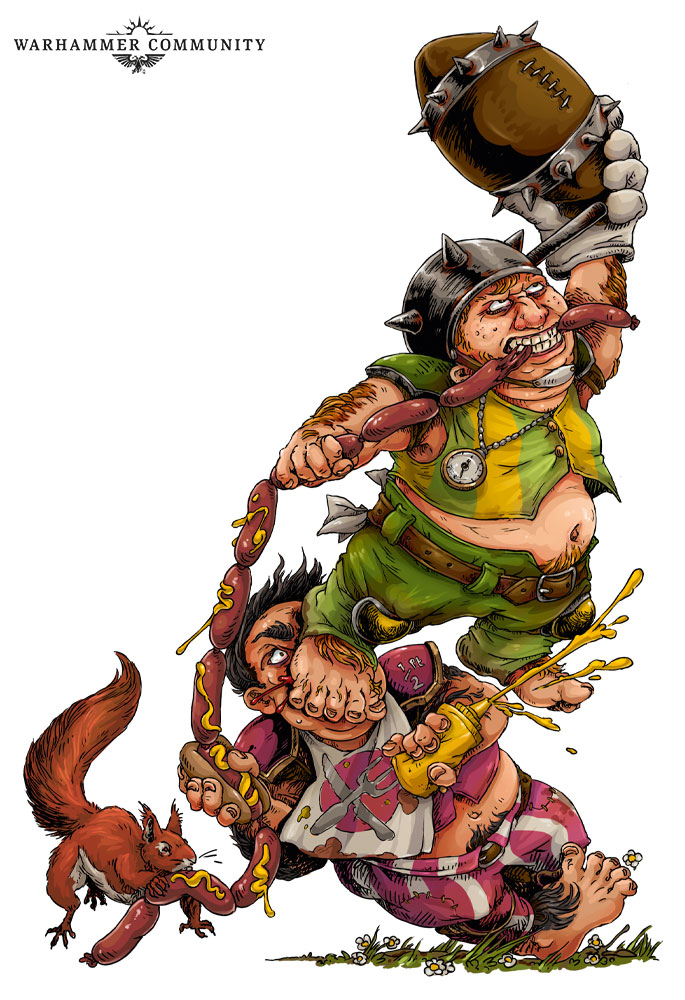 +sprint + catch
SPRINT HALFLING !!!! This is HUGEEEEEE that mean :

-If you play in a tournament you can have a sprint + sure feet halfling so you have an extra reroll for the GFI. (most of the time it's one skill per player)

-You can score from the 5th cases in the opposing half in one action !!!! It's super good for throw team mate plan. On a inaccurate straight pass the Halfling Catcher can still score with 2 deviations in the wrong direction ! That mean that only one deviation that is not backward (4+ on a d8) keep the Goal Run Alive.

If you combine all 3 points it's a lot Easier to Score a Throw Team Mate TD !!! Go Half!!